Being a non-profit organization, we spent some time conducting our own research to illuminate people’s general giving habits. We found the results very interesting and wanted to share some of our findings with you. Whether you are also raising funds for a specific cause or you are just an individual who donates every now and then, these findings could be useful to you!

The method we used to conduct our research was through an anonymous survey. The survey, designed to gather opinions and practices from potential donors, was created and processed through Google Forms. Our target audience for this survey was men and women age 21+ who could be potential donors or have an interest in charitable giving. However, our team sent this survey out to a very broad audience because we did not want to limit our findings to a particular segment of people, as we felt this would not give us the most accurate insights. We ended up with a total of 120 survey participants.

When creating the survey, we had 3 objectives:

Summary of the most important findings for our organization:

Here are the survey questions and results: 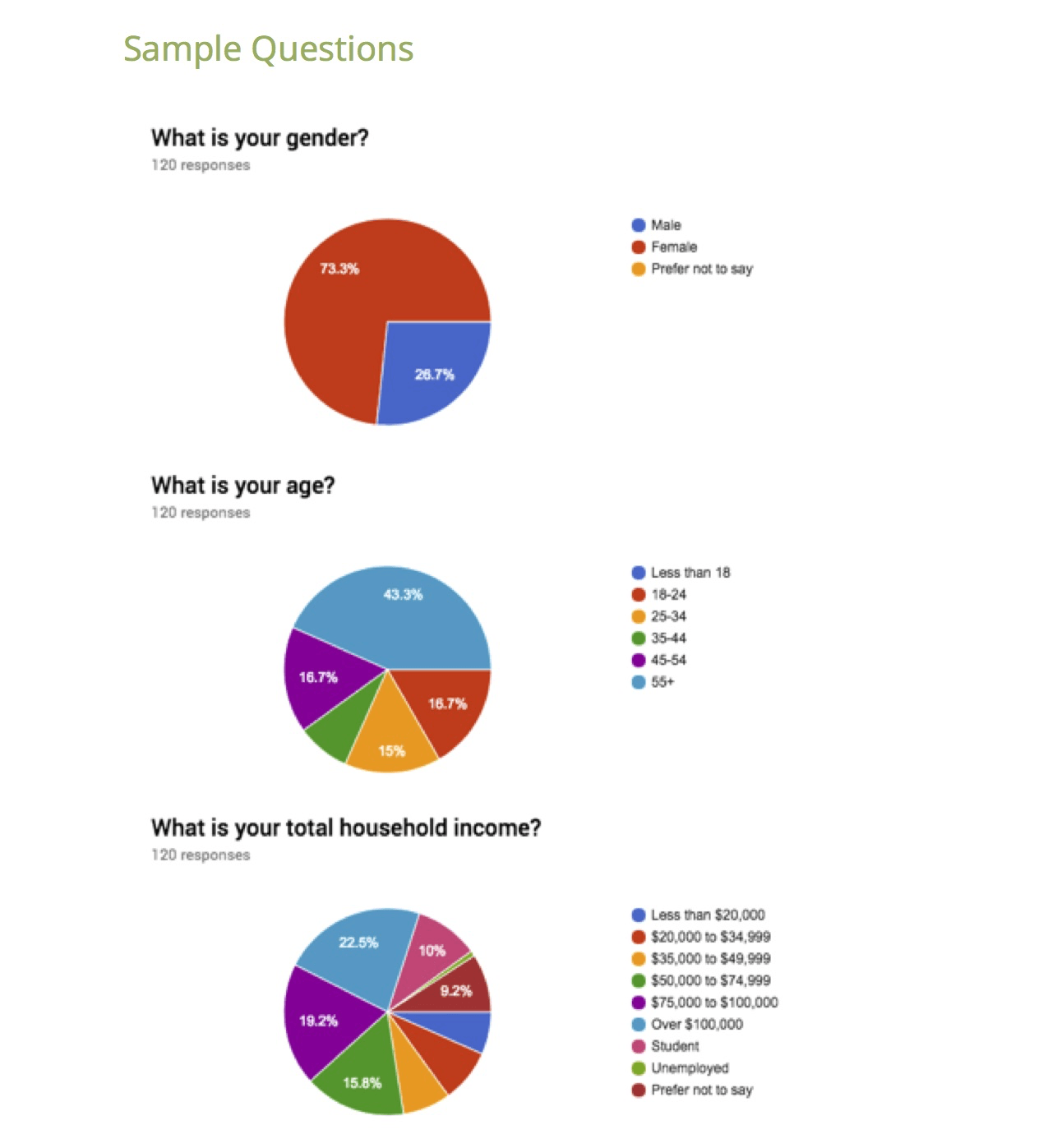 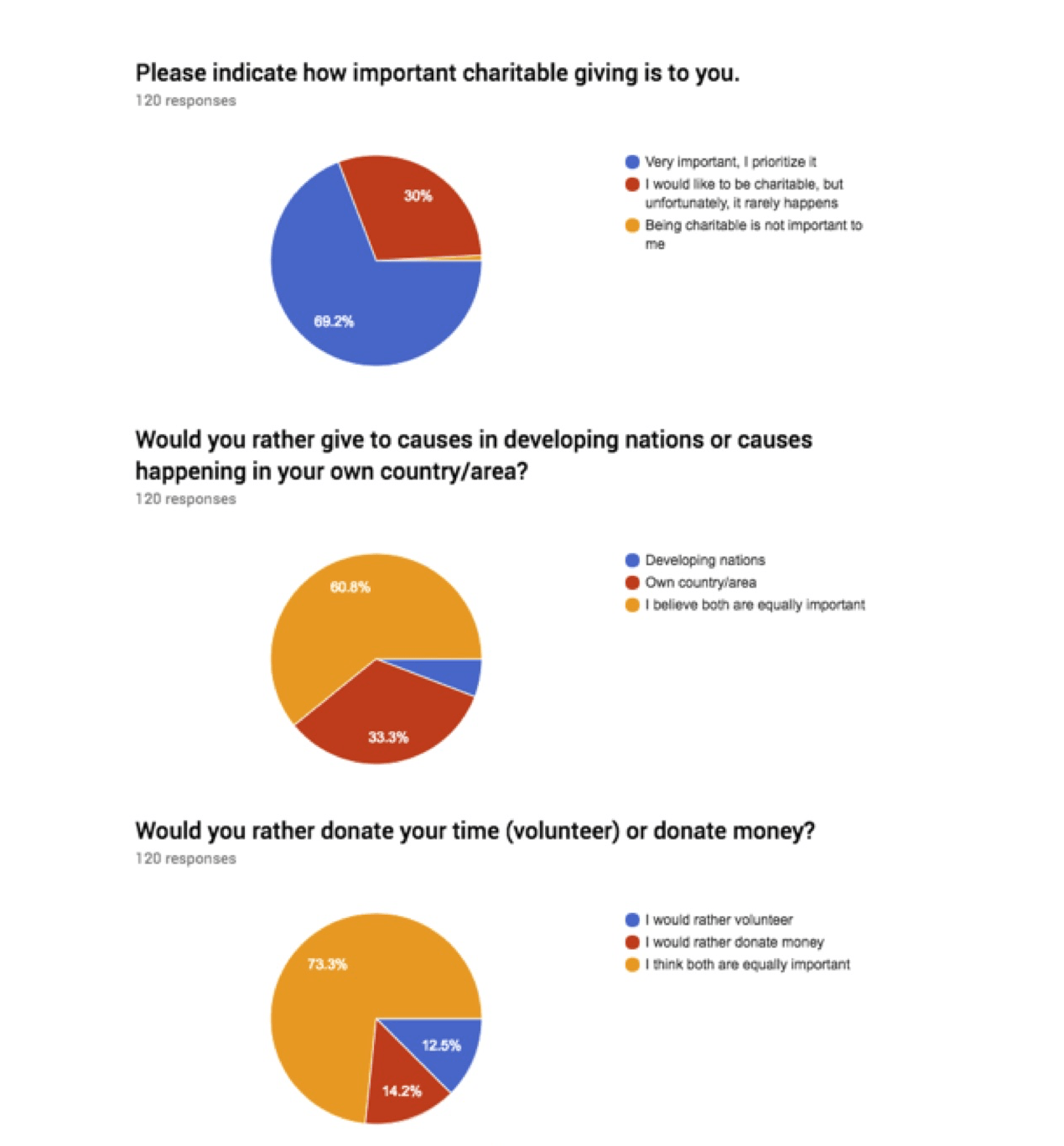 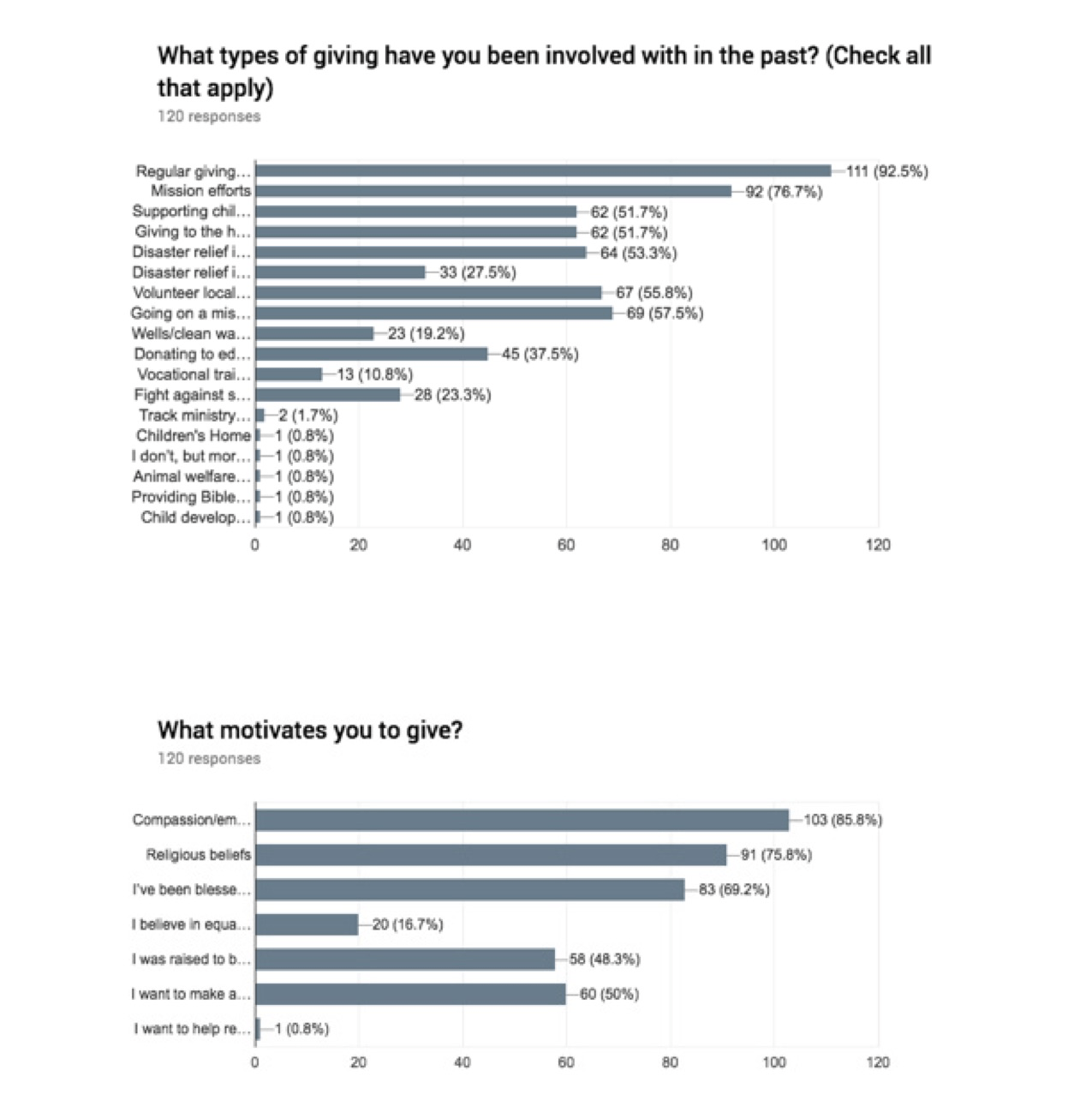 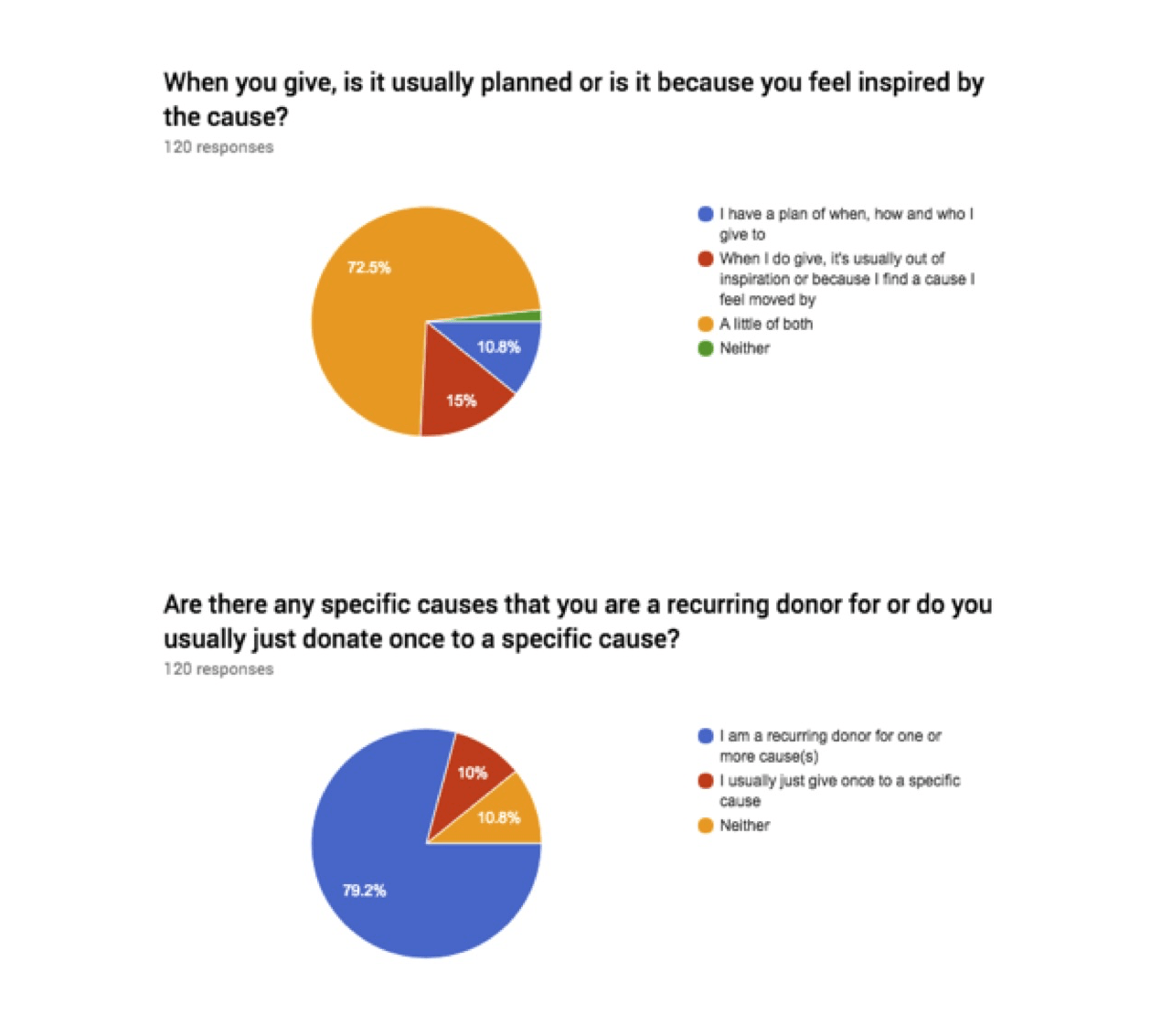