In this final part of our series we will explore how HCC students augment their education using state of the art FarmBot technology. In case you missed them, please read the previous installments about HCC’s tech-forward campus, and its brand new Maker Lab & 3D printer.

Click here for the previous parts of our series:

The 3D printer isn’t the only device that places HCC on the technological cutting-edge. In 2017, the college received another amazing resource, which will greatly expand the scope of the Maker Lab. This device is called FarmBot, humanity’s first open-source farming robot. FarmBot will expose students to using innovative digital technology in farming. Agriculture is critical to growing Ghana, and with this technology, it can be optimized and made simpler with little human input.

Check out this short video clip to understand more about FarmBot technology:

FarmBot is 100% open source, meaning that all the software, hardware plans, 3D CAD models, and documentation are free for the students to download and improve upon. As previously mentioned, the FarmBot ties into the Maker Lab and 3D printing technology. Students will be able to modify and expand on FarmBot’s abilities by designing their own tools. Additionally, there have been multiple independent replications of FarmBot across the globe. In fact, FarmBot Inc. encourages users to build their own robot from scratch and the 3D printer is an integral part of that process. In the Maker Lab, students will begin building their own FarmBot replicants from scratch using the 3D printer and source code that is available to them on FarmBot’s website. Additionally, they will create new devices and tools that are modified to their needs.

Through the Center for Entrepreneurship, Philanthropy and Ethics (CEPE), students are beginning to explore the FarmBot beyond simply getting it online. They are thinking about it in terms of sustainability and how to start businesses using this technology. One of the major challenges of using FarmBot to start a business in the community is that, once the vegetables begin growing, the crops are liable to be stolen.

Students have been researching and exploring solutions to the problem. They found that some FarmBot users have figured out how to grow crops inside old shipping crates by using blue lights, hypertonic solution, interior temperature controls, and proper nutrients. This sparks a possible solution for the Ghanaians, as such containers can easily be locked preventing the crops from being stolen. If the students are to create businesses using FarmBot technology, they’re learning that it may not be the actual FarmBot that is sent out to villages; instead, it will most likely be a hypertonic farm in a crate that uses Pi boards (also available to the students through the Maker Lab) and other devices that can control the climate along with other complications inherent to farming in a crate.

“[Over] 200 educational institutions have purchased FarmBot kits to engage and inspire the next generation of farmers, engineers, plant scientists, and coders.”

HCC hopes that students will use FarmBot as more than just a learning tool, but also as a tool to aid in food sovereignty and entrepreneurship. Agriculture is extremely important for Ghana’s economy and is also an interest of many HCC students. Farm.bot explains,

Impacting Ghana and Beyond

The hope for HCC students is that they will use the CEPE, FarmBot, and the other programs and resources available to them, and apply their knowledge and experiences gained from using these technologies to become entrepreneurs. We expect that the students will take advantage of the Maker Lab and other resources on campus so they can implement these innovations in their own communities.

There are currently only a handful of students at HCC from parts of Africa other than Ghana; however, HCC is in the process of actively recruiting students from various countries across the continent. HCC hopes to influence students from all over Africa so that when they graduate and return to their home countries, they are well prepared to make a difference. HCC preaches “theory applied” and that, many people can attain a degree and education, but it is a waste if you don’t do something with it. The CEPE and HCC’s many technological initiatives, are training students to apply what they’ve learned. With HCC’s cutting-edge resources and emphasis on the maker lab, students actually have the opportunity to gain hands-on experience with these technologies and make their dreams become reality.

Thank you for reading our series about how HCC has managed to ingrain technology in its campus community. Keep in touch with HCCF’s website and social media platforms for further updates on the wonderful things happening at HCC, as well as ways in which you can continue supporting dreams. 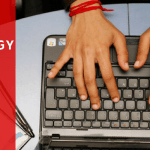 The Impact of Technology at HCC (Part 2)Happening At Heritage, Technology 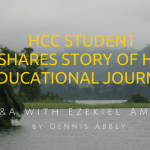