We believe that, embracing, and showing God’s practical use of Heritage Christian College (HCC) as a critical tool to redeem the effects of bad commercial behavior is unique, differentiating and an inspirational vision. There are many good lenses to use when viewing the opportunities God has initiated in Ghana amongst His people. Redeeming Commerce is one that touches the heart of the efforts at HCC.

Empower Christian professionals in a new mission’s opportunity which leverages their professional expertise and
experience; through mentorship and direct engagement with HCC Faculty & Students in person and by video conferencing.

NEEDS:
Two program coordinator positions. One in USA and one in Ghana.

NEEDS:
To take advantage of this opportunity, financial support is required to attract four new certified professors and cover operating costs before breakeven is achieved.

Create a fund to help support the growth of HCC Student and Community start-ups. Assemble a group of potential investors and banking professionals who can provide mentorship, review, feedback and potential seed funding for HCC student start-ups.

The Capital Asset Initiative’s purpose is to provide funding for the critical infrastructure growth of Heritage Christian College. 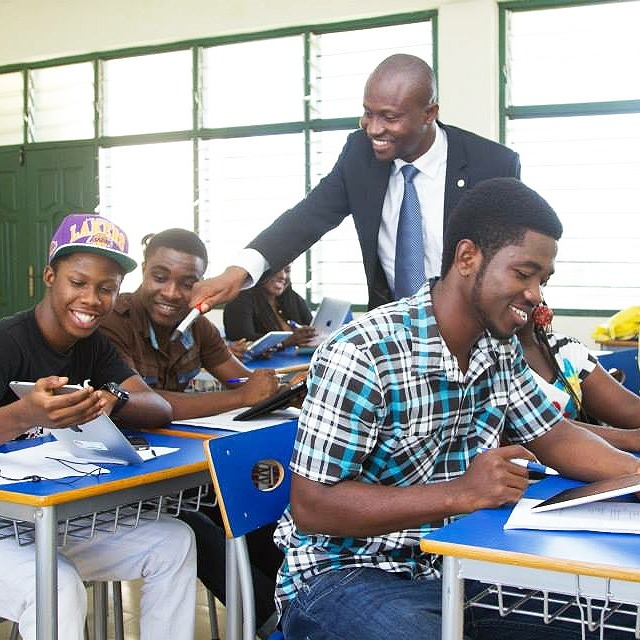 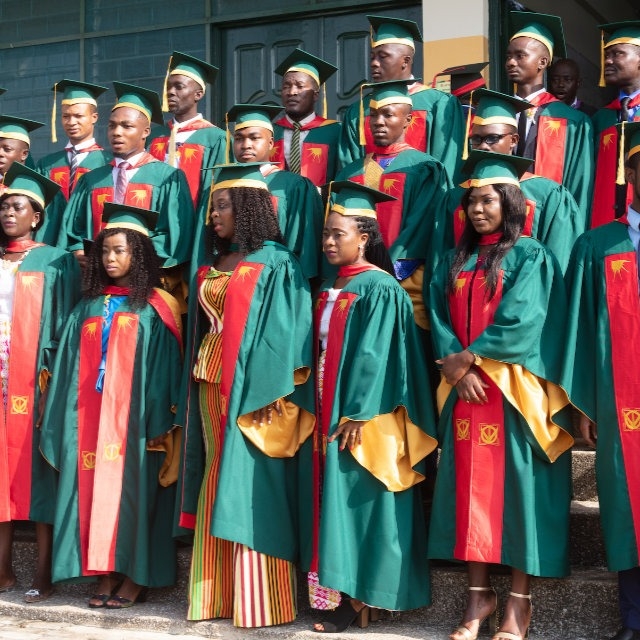 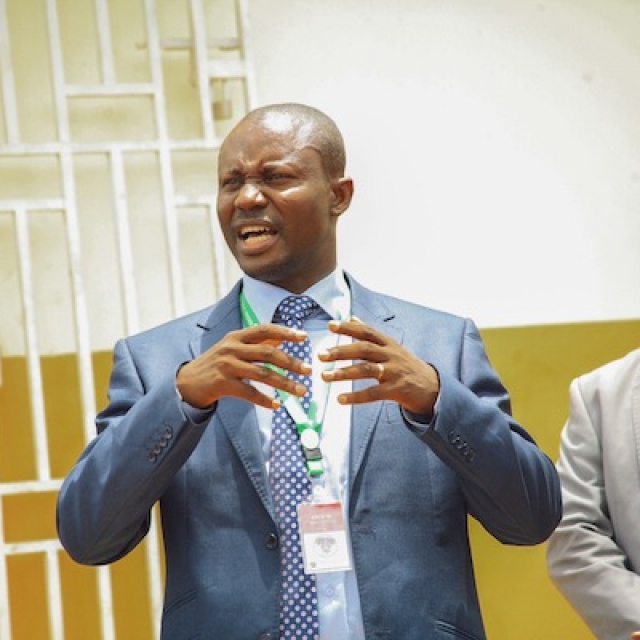 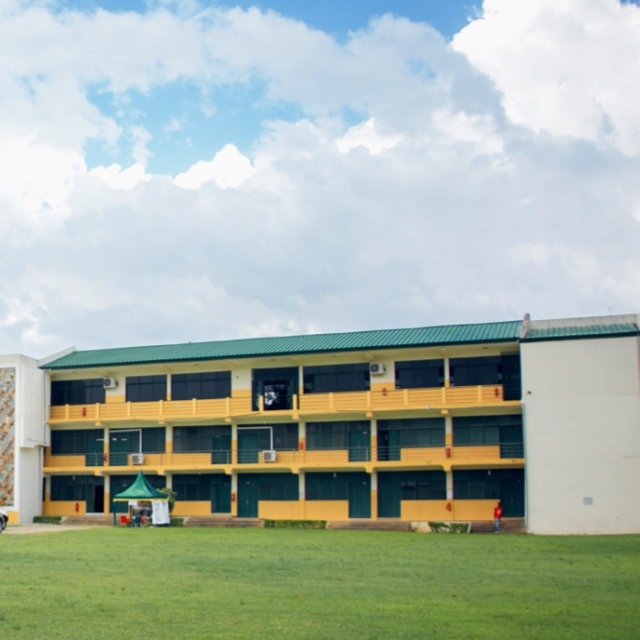 The Story of International Commerce

Historically, external powers have extracted resources from one country to the exclusive benefit of another. with little regard for whether the resource rich country from which the resources are extracted receives any benefit or not. This practice has been occurring for centuries.

In terms of European and American history we need to only go back to the 1400’s and the beginning of Portugal & Spain’s travels around the globe to get a sense of the issue. Sailing ships were dispatched around the globe with a singular objective, bring back resources to the “home” country. Fortunes and reputations were made in these endeavors. From the perspective of the traders and their host countries, these ventures were heroic and successful. Great nations developed and thrived as a result.

Unfortunately, the countries from which goods were extracted seldom benefitted equally. In many cases the leaders of these countries or territories, had their own motives to participate. In some cases, they were simply conquered which, historically has long been the modus operandi for acquiring goods and power.

Sadly, in the case of Africa, extraction of assets continues and is possibly at higher levels than ever before. It is human extraction via desperate migration to “promised land”, whether that be in the USA, EU or elsewhere and it is extraction of resources from one country to the benefit of another, often with the assistance of African leaders.

It is not our purpose to suggest that we, the Western world or even the Eastern world must now pay restitution to ancestral wounds. How far back do you want to go with that argument? To the time of Abraham or even further back? That is a futile effort. Our purpose is to turn our thoughts to Africa and in particular Ghana and seek to understand what must now be done – today and why.

In terms of commerce today, one example from Ghana would be Shea Butter (there are many others – gold, minerals, oil, cocoa). Shea is highly sought after by the cosmetics business. In almost all cases, the shea is extracted from West Africa, shipped to another nation and the extended benefits of commerce accrued by the extracting country.

In most macro-economic models, it is understood that $1 of goods traded within country can generate 5-7X in GDP activity! When assets are extracted from a country, that country does not gain ANY additional benefit from the asset. Why are all Shea processing plants, packaging, distribution, marketing and retail sales external to West Africa?

The lack of opportunity for young people in resource rich countries has fueled much of what we have described. There are other reasons, but opportunity is today a significant deterrent to good economic growth and stability. Since the dawn of time, people have been taking advantage of each other, in many harmful ways. That is precisely why Christianity has the ONLY answer – a redemptive answer which only comes through the saving grace of God. As His children we are called, even compelled to this redemptive opportunity, redeeming commerce.

Where Do We Go From Here?

What matters now, is where do we go now? Hopefully, we move forward informed with lessons from the past.

Why do we feel so strongly about this? In order to get people to care, they must connect with the problem. Many people feel that Africa is just some place a long way away. Educating young Christians in Africa is easy to dismiss. Helping a college become sustainable in a place a long way away is also easy to dismiss. However, when given the chance to contribute to a vision, to join in God’s redeeming work, we can connect and become part of the team. We can bring our God given talents and experiences and make a real difference!

We need to think as citizens of God’s Kingdom. We are His children and He has commissioned us to a purpose clearly noted in scripture. We Christians need to think in a global context without borders. So, what is the cause? Joining God in His redemptive mission and in so doing, yes, making good things happen for people. However, the point is not doing good things, it is showing what redeemed people do in the name of their Father – because that is what they do as an inherent outcome of who they are and whom they honor.

God gave us a twofold mission – worldwide. It’s expressed in many scriptures but one which says it succinctly is Matt. 28:18-20.

18 And Jesus came and said to them, “All authority in heaven and on earth has been given to me. 19 Go therefore and make disciples of all nations, baptizing them in the name of the Father and of the Son and of the Holy Spirit, 20 teaching them to observe all that I have commanded you. And behold, I am with you always, to the end of the age.”
Matthew 28:18-20 (ESV)

This sounds good but how do we see what God sees? We believe we look at what God is doing with his people, a people moving with Him and trying to impact the lives of young servant leaders in the Kingdom; to be better prepared with tools to make a greater difference in the Kingdom.

Even if we have not yet traveled, understanding the vision or looking through the lens of redeeming commerce as described above, helps us to understand the spiritual significance of investing in HCC, its students, their businesses and helping Ghanaian Christians redeem commerce in their homeland It’s a start.

WHY GHANA AND WHAT IS OUR STORY?

As described above in our description of international commerce, exploitation via international trade has not been a healthy model for resource rich countries such as Ghana. In Africa, poor leadership, illinformed leaders or leaders who were in poor negotiating positions in these countries have aided and abetted an exploitive commerce model.

HCC and its foundation, Heritage Christian College Foundation (HCCF), have defined their efforts as a direct answer to this issue. HCC has been created to teach THEORY – APPLIED or as Mandela said it,

“It is what we make out of what we have given, not what we are given, that separates one person from another.”

Good thoughts! HCC created from inception its Center for Entrepreneurship, Philanthropy and Ethics (CEPE) as a direct response to the need to enable Ghanaians to establish businesses in Ghana which rectify this exploitive model of commerce; creating jobs, opportunity and hope for people in Ghana.

We teach the concepts and then guide students as they realize their dreams through direct involvement with our faculty, mentors and student advisors from around the globe. In so doing, we believe we negate the need to “migrate”, to exploit out of desperation and we provide hope and opportunity to everyone we touch.

There is no better answer to whatever example of bad behavior we see on earth today or in the past. God’s ways are the answer and we believe His ways must permeate ALL we do.

Education is the Key on Both Sides of the Atlantic

Just as HCC is educating the youth of Ghana, the focus of attracting new supporters is going to be driven by educating all of us about the impact of exploitive or extractive behavior as described above. Reflecting on these ideas of commerce enables us to tie understand the challenges on the ground in Ghana, namely unemployment, hope and opportunity and then motivate us to contribute our talents.